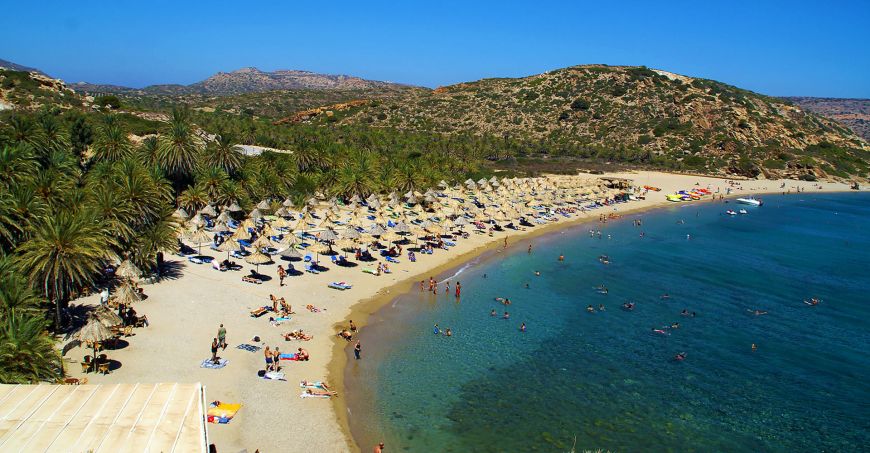 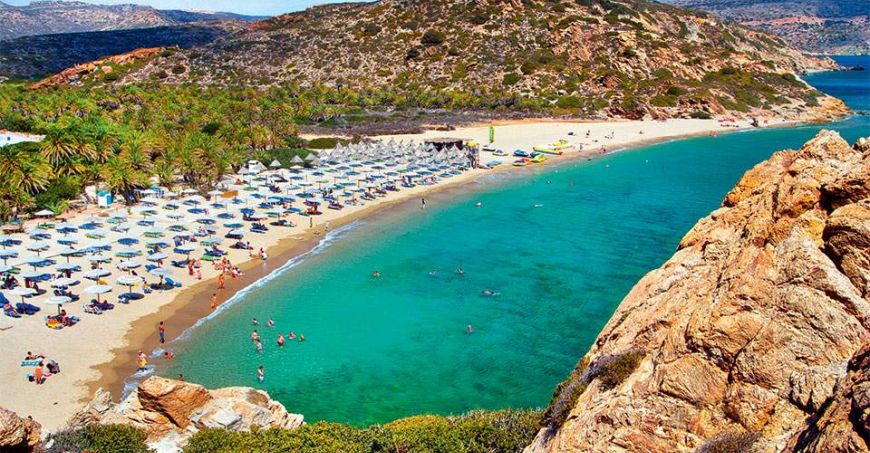 Vai is located 94km east of Agios Nikolaos and 24km east of Sitia. It is the most famous beach in east Crete, as its main feature is the large palm grove with the Cretan Date Palm (Phoenix theophrasti). Its name derives from the word vai, meaning palm in Greek. The palm grove is the largest in Europe with approximately 5000 trees, while there are smaller colonies in other parts of Crete and in Southwest Turkey.

According to the legend, the trees have grown from discarded date stones thrown into the sea by Saracen pirates. However, the palm grove is more than 2000 years old and the pirates are more recent. Thus this hypothesis has changed and the Saracens have been replaced with Phoenicians, that governed the Mediterranean Sea 20 centuries ago. 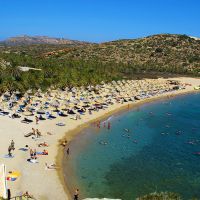 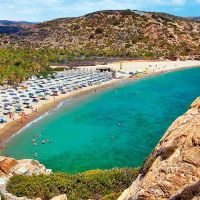