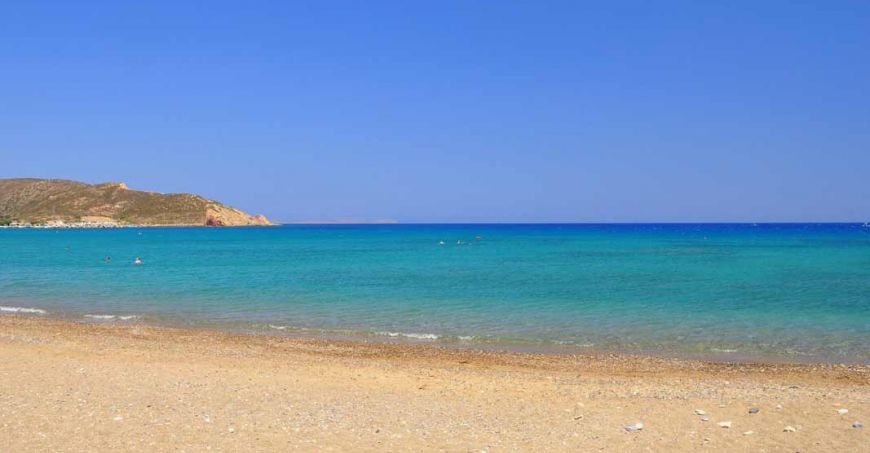 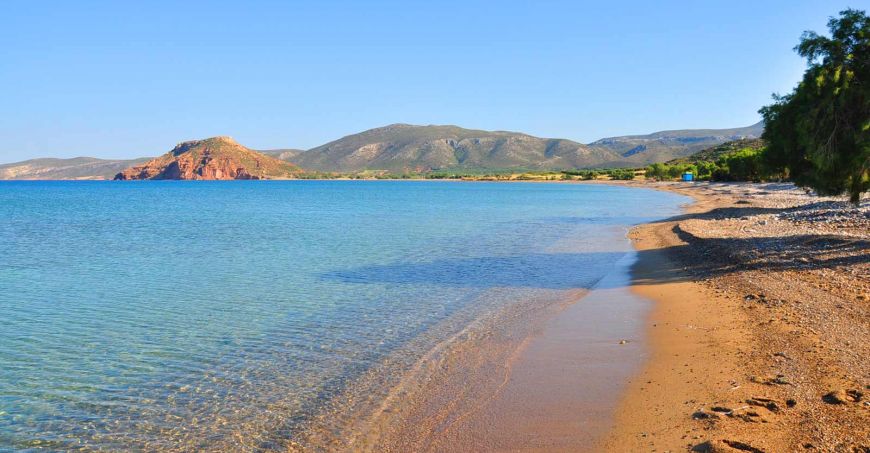 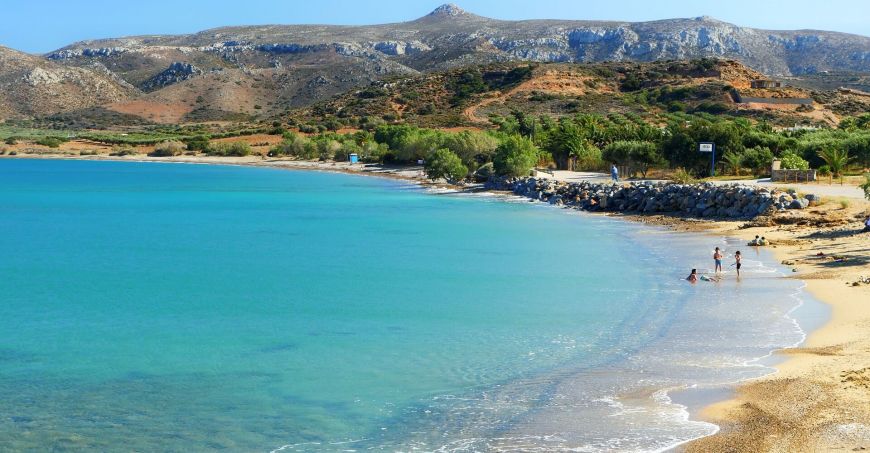 Kouremenos is located 91km east of Agios Nikolaos and 21km east of Sitia, just 1km east of the small town Palekastro. In Palekastro there are more choices for accommodation, food and entertainment, but you will also find several new hotels near the beach. The beach is the longest in the area with a length exceeding 1.5km, bounded on the north by the Cape Tenta and on the south by the Cape Plaka. It has fine brown sand, shallow turquoise waters and several tamarisk trees around. It slightly organized in some areas with umbrellas, showers and beach bars.

The beach is beautiful but the main feature of Kouremenos is elsewhere: the wind. Indeed, the wind here is so strong that the area is popular to windsurfers and kite surfers across Europe. Indeed it is no coincidence that the area hosts some of the largest wind turbine park in Greece, exploiting the huge wind potential 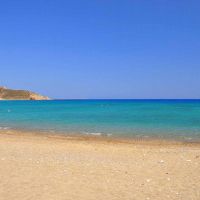 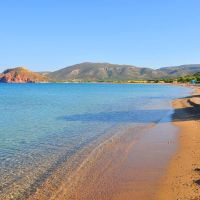 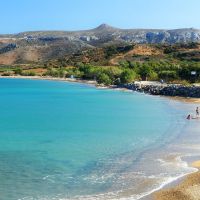